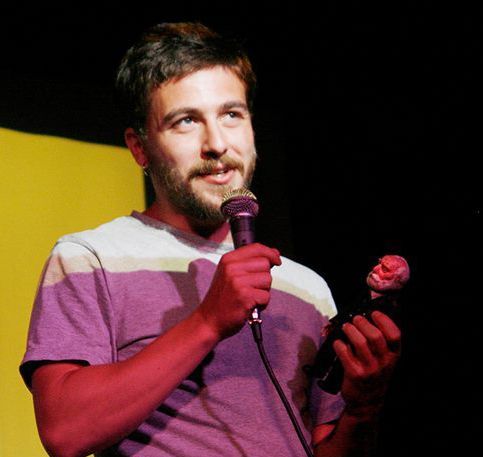 Aside from enjoynig and watching animated fims, the thing we are very excided about while eagerly waiting for 5th Animator fest are animation workshops! This year we are happy to announce master class by Russian animator Yura Boguslavskiy which will be held as a part of the festival’s programme. Together with Yura, Sasha Chirkov will simultaneously hold a music workshop. If you’d like to take part in this animated adventure hurry up and apply, as the number of participants is limited! Send your applications by e-mail kultcentar@gmail.com

Yura Boguslavskiy (1987, Moscow) - animation film director, script writer, animator and educator. Co-founder of Invisible Friends creative team and Animation Art School in Moscow. Graduated from school-studio SHAR in 2011, has collaborated with Big Cartoon Festival in Moscow since 2009 in their educational programs. Filmography - Last gulp (2011), the Other shores (2013, animator), Ships of Years past (2015)