The official poster of the 6th Animator Fest 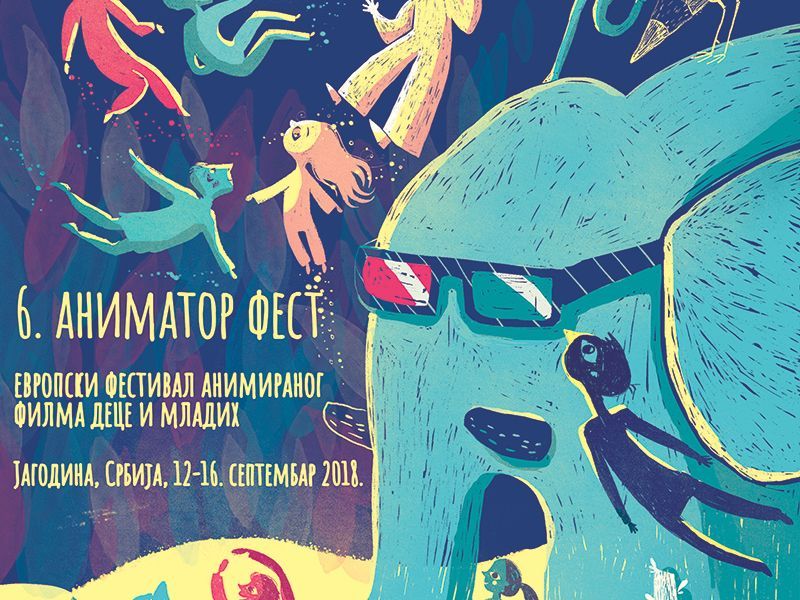 The official poster of the 6th Animator Fest was designed by our dear Marica Kicušić. We proudly say 'our' as she was a jury member of the very first Animator Fest, alongside Rastko Ćirić and Aleksa Gajić, long back in 2013. This year, as а part of the festival's following programme, an exhibition of illustrations done by Marica Kicušić will be presented in the gallery of the Cultural Centre of Jagodina.

Marica Kicušić (1988, Negotin, Serbia). Graduated in 2011 from the Faculty of Applied Arts, University of Arts, Belgrade, Department of Printmaking and book design, in the class of the professor Rastko Ćirić.
Graduated in the field of printmaking (series of mezzotints) and traditional techniques of animation (sand animation).
Masters Degree in Printmaking under Mentor Milica Vučković. Member of ULUPUDS. Status of independent artist in Association of Applied Artists and Designers of Serbia since 2011.
Worked at the SandPRO Studio as Art director and sand painter.
Worked at Mad Head games studio as cutscene animator
Currently independent illustrator/animator for publishing houses.